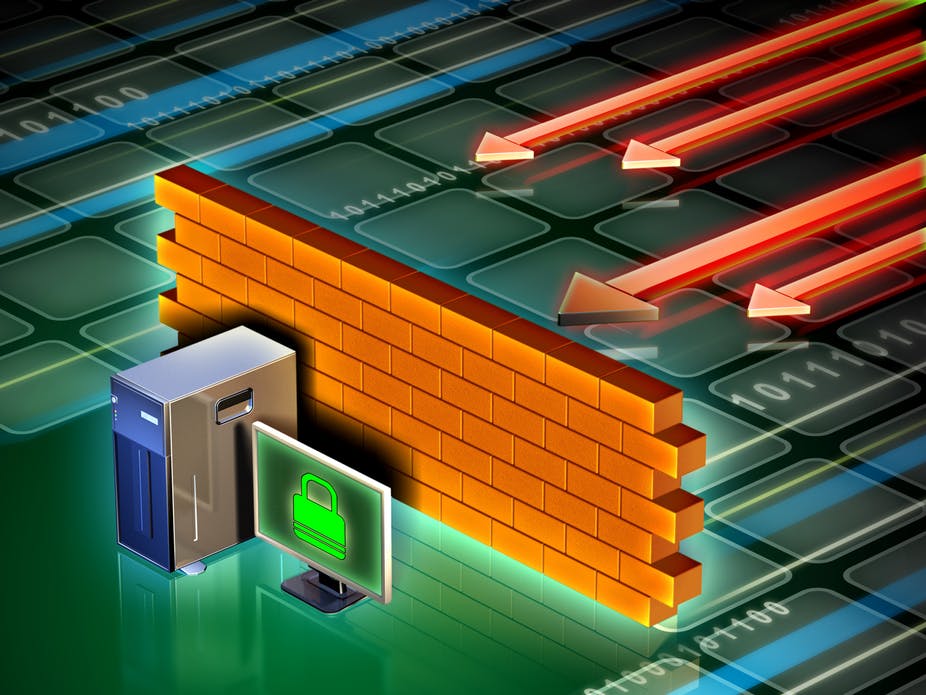 Firewalls have been a first line of defence in network security for over 20+ years. In fact the first kind appeared in the 80’s, and the purpose was just packet filtering and although it was efficient it also had its limitations. They establish a barrier between secured and controlled internal networks that can be trusted and which cannot be trusted outside of local networks such as the Internet. A firewall can be delivered in a hardware appliance or software.

What Type Of Firewall Are There?

Over the years the firewall has been adapting to the security landscape due the explosion of the Applications Era and Threats.

To understand, it is important to know that each packet has a header with various information about it, such as source IP address, destination IP address, type of service, size, among others.  A firewall then analyses this information according to the rules established to release the packet or not (either to exit or to enter the machine / network), and may also perform some related task, such as registering access (or attempting) to a file of log.

An early type of firewall device, a proxy firewall serves as the gateway for all network requests related to a specific application. Proxy servers can provide additional functionality such as content caching and security by preventing direct connections from outside the network. This technology also impact throughput capabilities and applications supported.

Now thought of as a “traditional” firewall, a stateful inspection firewall allows or blocks traffic based on state, port, and protocol. It monitors all activity from the opening of a connection until it is closed. Filtering decisions are made based on both administrator-defined rules as well as context, which refers to using information from previous connections and packets belonging to the same connection.

A UTM device typically combines the functions of a stateful inspection firewall with intrusion prevention and antivirus. It may also include additional services and often cloud management. UTMs focus on simplicity and ease of use.

Firewalls have evolved beyond simple packet filtering and stateful inspection. Most companies are deploying next-generation firewalls to block modern threats such as advanced malware and application-layer attacks.

According to Gartner Inc.’s definition, a next-generation firewall must include:

While these capabilities are increasingly becoming the standard for most companies, NGFWs can do much more.

These firewalls include all the capabilities of a traditional NGFW and also provide advanced threat detection and remediation. With a threat-focused NGFW you can:

Current operating systems often contain internal firewalls by default, such as Linux, Windows, or Mac OS X distributions.
Windows users, for example, can rely on ZoneAlarm and Comodo among others.

As you might note, firewalls are crucial in the security chain and they are deeply integrated across all businesses and widely used to this day and it is no surprise why. These are recommended to work with Advanced Enpoint protection, DNS Security, Network Access Control and other solutions having full visibility end-to-end proving context-awareness.

END_OF_DOCUMENT_TOKEN_TO_BE_REPLACED

Manufacturer Usage Descriptions otherwise known as “MUD” facilitate’s device visibility and segmentation by allowing your network administrators to effortlessly identify a specific type of IoT device and then define the appropriate behaviors for that device. IoT manufacturers are able to disclose to us what devices are on the network, and what network policies they need for the devices to correctly function. This whitelist statement is something that customers can use to deploy access policies in their own networks without any guesswork.

END_OF_DOCUMENT_TOKEN_TO_BE_REPLACED

The Single Source of Truth with Cisco ISE

With modern society’s reliance on connectivity for both work and leisure, offering network access to different groups of people without compromising security has become complicated. In any business, employees need to access various types of data and information in order to fulfill their tasks properly. However, the standard ways with which a business controls data security and network access are often cumbersome, expensive, and require a lot of skilled manpower. Cisco Identity Services Engine is the answer.

END_OF_DOCUMENT_TOKEN_TO_BE_REPLACED

Cisco Umbrella provides the first line of defence against the threats on the internet, protecting against malware, phishing, and command and control callbacks wherever your users go. It protects your remote employees even when they are off the VPN. Umbrella provides complete visibility into internet activity across all locations, devices, and users, and blocks threats before they ever reach your network or endpoints.

END_OF_DOCUMENT_TOKEN_TO_BE_REPLACED

Network Security is an increasing concern for any Business and is the reason why major Vendors like Cisco are upping their game with technologies like Advanced Malware Protection (AMP). AMP technology now comes with a new tool called Cisco AMP Unity, a cloud service for enterprise network management for inbound and outbound connections.

END_OF_DOCUMENT_TOKEN_TO_BE_REPLACED

The Top Cybersecurity Trends of 2018

WannaCry spread to over 100 countries, causing a whopping $8 billion worth of damage. And while that might sound like a lot, it pales in comparison to the $53 billion that one report estimated that a global cyberattack could cost. Cybersecurity has gone from a niche industry to a matter of national security.